Alert Level: High
By order of the Public Health Authority (PHO), masks are mandatory inside all public places and all gathering and events are suspended to significantly reduce COVID-19 transmission related to socia Read More
of 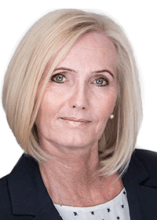 Patricia Ross has served as a city councillor since 1994 and is Vice Chair of the Fraser Valley Regional District. She fully embraces sustainability principles in her work, considering the environmental, social and economic impacts in all decision making.

She is a Fellow of Leadership for Environment and Development (LEAD) International, a research and training program dedicated to fostering worldwide sustainability. Her research has taken her to Oaxaca, Mexico; Costa Rica; Zimbabwe; Argentina; Greece; and Turkey. She has been given many awards for her leadership in sustainability.

For 14 years, Patricia ran her own business, the first in the FVRD to provide recycling collection services for businesses and multifamily residences. She is currently chair of GroYourBiz Abbotsford, an advisory and mentoring board for women in business.

Patricia is an occasional guest lecturer at the University of the Fraser Valley, leadership trainer, and speaker at conferences all over the world, including the 2004 International Climate Change Conference in Argentina about the rewards and challenges of environmental conservation in government.

Patricia is married and has a daughter and granddaughter. Though she enjoys traveling to experience different cultures, she considers Abbotsford the most beautiful place to live, filled with amazing people that she is honoured to serve.

Through 23 years of service for the City, Patricia served on a wide range of diverse committees representing all points of view. Patricia feels enriched by the knowledge she has gained, which helps her in her decision making.

Prior to being elected, Patricia was Chair of the Central Fraser Valley Environmental Health Group, founder of the local Adopt-A-Block Committee and was Chair of the Abbotsford Chamber of Commerce Sustainability Committee.