City Hall Temporarily Closed to the Public Due to a Fire

Alert Level: Medium
Abbotsford City Hall is temporarily closed to the public due to an early morning fire outside one of the entrances. No injuries have been reported and the cause of the fire remains under investigation. View Information Bulletin Read More
Alert 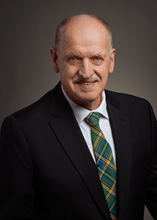 Dave was born and raised in Abbotsford, attending South Poplar Elementary, MEI, and Abbotsford Secondary schools, and has watched Abbotsford grow from a small town into a vibrant, multi-cultural community with a rich heritage and a strong economic base.

Dave is a retired educator, having taught two years in Australia, three in Manitoba, and 32 at MEI, including three years as principal of the secondary school and two years as principal at MEI Chilliwack. He holds a B.A. (Sociology) from Simon Fraser University and a M.Ed. (Administration) from the University of Victoria. Trained as a Social Science teacher, his career began as a German teacher and ended as an English teacher, supporting the adage that “old dogs can learn new tricks”!

Following high school, he volunteered two years with MCC in the Democratic Republic of Congo, which included assuming management of a hostel at age 19 and community development work in a remote part of the Kivu Province, near Bukavu. He has served on numerous boards and committees over the years: MCC BC Board member for 10 years, including vice-chair and chair positions, and numerous sub-committees; national and local church boards; chair of the Canadian Mennonite University Council, Winnipeg; Director on the B.C. Federation of Independent Schools Associations Board; Director on the Heart2Heart (Haiti) Board; and Director on the Mennonite Historical Society of B.C. Board.

Dave and his wife, Grace, are members of Level Ground Mennonite Church, and he recently joined the Rotary Club of Abbotsford, where he was recently recognized as a Paul Harris Fellow.

Dave has been named as Abbotsford’s Canada 150 Community Leader, serving as the touchpoint for receiving and sharing information related to Canada’s 150th anniversary.

Dave is married to Grace, a registered nurse, and they have two married sons and seven grandchildren. Dave and Grace enjoy travelling, which has taken them to five continents (some with student groups on service assignments) and to many parts of North America. Dave has a keen interest in history and genealogy, both of which occupy some of his leisure time, and enjoys the outdoors (hiking, snowshoeing, canoeing), as well as fitness-related activities.