Alert Level: Low
Continued cool weather is increasing the risk of flooding if a prolonged heatwave occurs over the next few weeks. The City of Abbotsford will be continuing to monitor river levels closely over the next several weeks as warmer weather… Read More
of 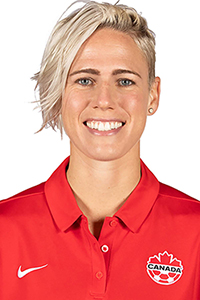 For her dedication to her sport, teamwork, and her recent Olympic gold medal win for women’s soccer, Sophie Schmidt is the 2021 recipient of the Community Champion Achievement Award.

A lifelong athlete, Sophie started playing youth soccer in Abbotsford at eight years old, joining the Abbotsford Rush club team and then playing for W.J. Mouat Secondary School. At the age of 17, she represented Canada on the international stage for the first time and earned her 206th cap (appearance in a game at an international level) in the Tokyo 2020 Olympics in July. She is currently tied for the second-most caps in Canadian women’s soccer. As a four-time Olympian, earning bronze medals in the Rio 2016 and London 2012 games along with the gold in the Tokyo games, and supporting Team Canada in numerous other international championships, Sophie is an inspiration to aspiring soccer players and her hometown community of Abbotsford.

“On behalf of Abbotsford City Council, I am very pleased to recognize Sophie Schmidt with the Community Champion Achievement Award. Sophie’s athletic performance and championship record are both impressive and admirable,” said Mayor Henry Braun. “She has repeatedly made Canada and the City of Abbotsford proud, and exemplifies what it means to be a true champion.” 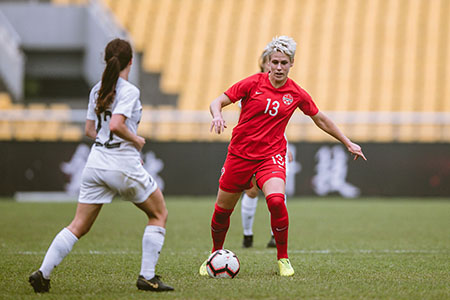 The Community Champion Achievement Award is given to an Abbotsford individual, group, or organization who has achieved National or International recognition in a variety of areas, including, but not limited to: academia, sports, arts, and culture; or performed a noteworthy deed which is considered of benefit to the community.